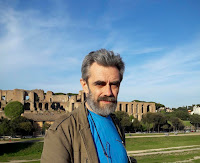 I was born in Eastern Siberia, bigest part of my childhood was spent in Mariupol on the Azov Sea. Since 1978 I had studied at the Secondary Art School named after Boris Ioganson under the Academy of Fine Arts in St. Petersburg, and then I had continued my studies at the Institute of Painting, Sculpture and Architecture named after Ilya Repin under the Academy of Arts of the USSR.
In 1989 I was assigned to the work in the architectural bureau in Vyborg.
Since 2003 I divide my time between Vyborg and St. Petersburg, where I teach in the St. Petersburg Steiglitz State Academy of Art and Design.
I'm Associate Professor at the Art Metal Department.
My first personal exhibition took place in Vyborg, in the Aalto Library in 1993.
I have held several solo exhibitions in Russia and other countries. The mostly important for me are exhibitions in the Museum of Applied Art at the St.Petersburg Steiglitz State Academy in 2008 and 2013. Since 1983
I took participate at around 70 exhibitions. The more memorable was my participation experience of the range of exhibitions in UK in the 2000-ies, relatively recent in China; Thailand; Watercolor Biennials in St-Petersburg in 2012-2015, Fabriano of 2015-2016. I'm a member of Russian Union of Artists and St. Petersburg Watercolor Artists Society, co-founder and member of the Organizing Committee of the "Masters of Watercolor" Exhibition Project, the 1-st International Exhibition of which was held in St-Petersburg in 2015. 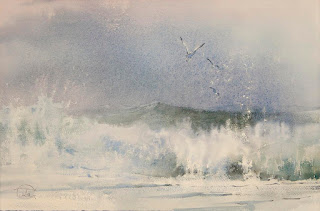