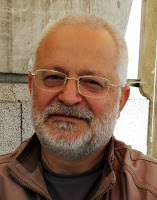 Kiril Bozhkov  born in 1964 in Novi Han.
He graduated in specialty mural painting in the National Art Academy (Sofia), and in 1994 Work began teaching in the Department Paintings, which is now professor, PhD in Art History. He is a member of the Union of Bulgarian Artists from 1997 year. K. Bozhkov is author of the book "Virtuosity and painting"(2015).

From1983, until now, participating in 150 group and 50  individual exhibitions in Bulgaria, Germany, Japan, Egypt, the United States, Poland, Serbia and FYRoMacedonia. His works are held by the National Art Gallery and the Sofia City Gallery and the galleries and private collections worldwide.

Awards:
2016 - Third Prize of the Biennial International Fabriano Watercolor 2016
2016 - Award for best watercolor I International Art Festival 2016 - Bangladesh
2014 - Knight of the brush in 2013 (category knight of illusions) - Orchid Art Center
2013 - Award of national art projects "Picture by many" Orchid Art Center, Karlovo
2012 - Award of the International Competition for watercolor, Karposh Municipality, Macedonia
2012 - Thanksgiving plaque for his contribution to the culture of Elin Pelin
2010 - Nomination for the final exhibition of national awards Allianz Bulgaria
1991 - Won first prize for painting at the Academy about residence and work in Washington
1991 - Won a special prize for painting, the "Nude"
1990 - Won the award for composition of NAA
1989 - Won first prize in painting NAA 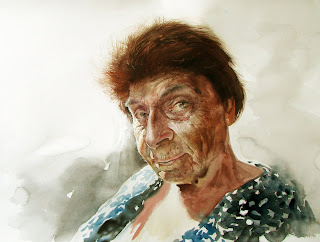