He has participated in important events in Italy and in the world.

He has received numerous prizes and awards at national and international level.

In Italy his works are kept in three museums.

An important Seoul' art magazine publishes every month his watercolors. 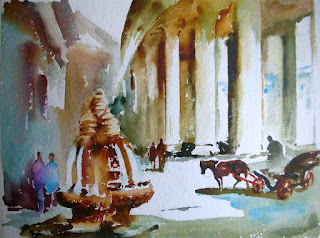