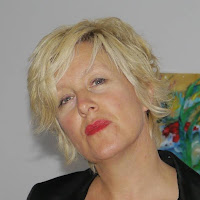 Marie Anne Patenaude-Alexandre was born in Montreal, Canada, and she was raised in Syracuse, NY, USA. Drawn to the culture of her roots, she moved to Montreal, where she earned her degree in Design. This is where her initiation to figure drawing and watercolor began.
She then moved to Paris. Architecture, cuisine, and her first love: gardens designed by masters. She went on to pursue her studies in London, England in Garden Design, creating intuitive spaces for her clients.
Marie Anne painted only commissions, concentrating on her landscape design firm, where she was recognized by several awards and appeared as a featured Designer on ARTV (an arts cable channel, series).
Inspired by the desire for a new challenge and medium for expression, Marie Anne began devoting herself to painting, studying under many renowned fine artists such as Nicholas Simmons (USA) and Barbara Simmons (CANADA). Highlights include being selected for the EAU EN COULEURS International Biennial 2014 in Belgium, and by invitation to the National Watercolor Society (NWS) in 2015 as part of the Belgian exchange.


Marie Anne works primarily in watercolor and watermedia. Her work reflects her love of contrast. Whether transparent/opaque, courage/vulnerability, or the push/pull of control and surrender that watercolor affords. The uniqueness of the human figure is often featured in Marie Anne’s work. 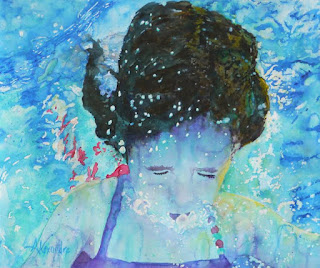 In over my head, watercolor