After more than thirty years as a sculptor and illustrator he came to watercolor late in 2007. He then quit everything he didn’t do well to focus solely on watercolor and in 2008 joined the Watercolor Society of Oregon.

“ I'm a studio painter influenced by trompe l'oeil, abstraction and later, photo realism. Although I don't adhere to  all  the cannons of either school, I feel at home with their ideals. My paintings hover somewhere between illusion and realism. They are about creating both ephemeral space and material presence.”

Geoffrey McCormack is still teaching; both 1-on-1 and Workshops.  He is also available for jurying, demonstrations and critiques. 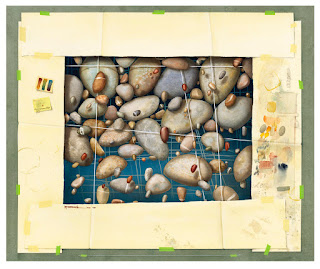