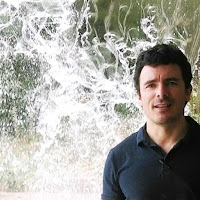 Architect for the prestigious university ETSAV (UPC, Barcelona) where he earned a scholarship to the department of graphic expression in illustration of architectural heritage. Renowned artist has won numerous awards and recognition in the art world both nationally and internationally. He has worked in the design of buildings and in the calculation of structures and installations. On his return to Spain in 2014 after living and working as an architect for two years in Allergy he is devoted entirely to the art of watercolor. He is currently the Vice President of the IWS SPAIN. He resides in Madrid where he combines his teaching watercolor courses and workshops of graphic expression, contests and national and international exhibitions. It has special affection for the awards:
2003 First Prize “Ramon Reig”, in the International  Watercolor Symposium , Llançà ( Spain )
1st  PRIZE  in PAINTING COMPETITION ,Retiro Park, Madrid (2004)
1st  PRIZE  in NATIONAL PAINTING "WATERCOLORS OF SPANISH NORTHEAST" JACA ( 2004 ).
2014 FIRST PAINTING PRIZE  in  “CAVAS JEAN LEON” PAINTING COMPETITION, BARCELONA ( Spain )
The watercolor awards earned this year 2016 are:
THIRD PRIZE in 1ST  ONLINE IWS PAKISTAN WATERCOLOR CONTEST 2016.
THIRD PRIZE in 1ST SPRING ONLINE WATERCOLOR CONTEST , ALBANIA 2016.
Daniel Smith Award in Fabriano 2016 (With Pablo Ruben ).
Museo della Carta e della Filigrana Award in Fabriano 2016. 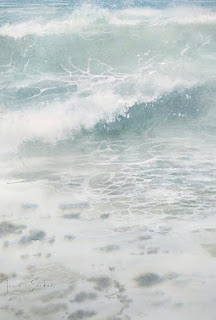