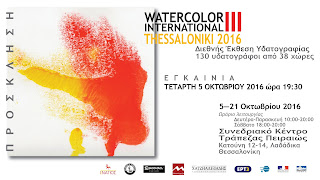 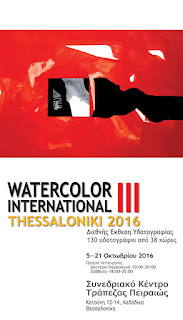 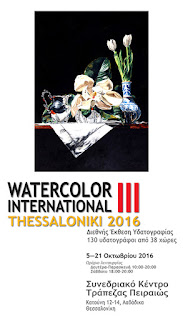 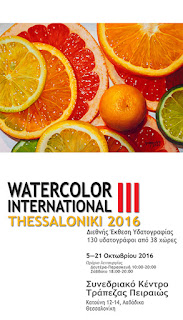 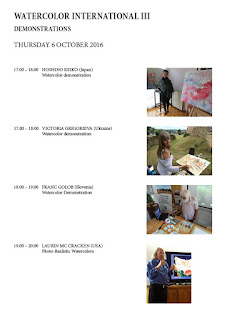 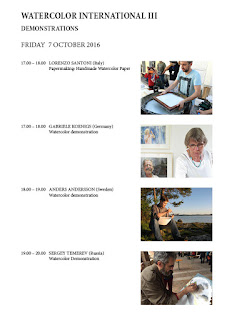 Guest exhibitor in WI III : a great Greek sculptor... Giorgos Kikotis!
He was invited and he accepted to exhibit some of his excellent works in the Gallery, giving another "dimension" to Watercolor International III !

He graduated with First class honours degree from the School of Arts in Sculpture Department of the Alma - Ata. He has attended various seminars of sculpture (1992 - 1995) at the School of Fine Arts in Moscow Stroganoff.

In 2011, he graduated with first class degree from the Faculty of Arts, Aristotle University of Thessaloniki, Greece.
Currently he lives and works in Thessaloniki where he keeps his own sculpture workshop. He was  vice president of Visual Artists Association of Northern Greece (2009-2011). 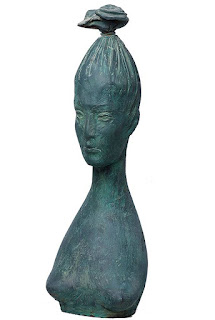 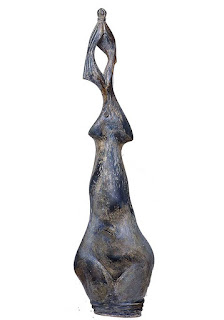 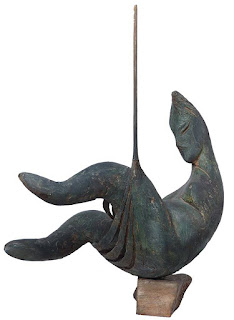 Sightseeing tours and plein air painting in several beautiful places in Macedonia, Northern Greece.
Visit to Edessa, one of the most beautiful cities !!! 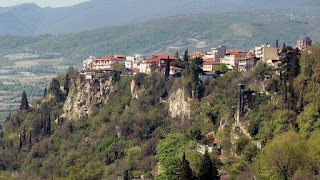 Painting / sketching near the waterfalls of Edessa is a must. At least having some coffee, or ... tsipouro!! 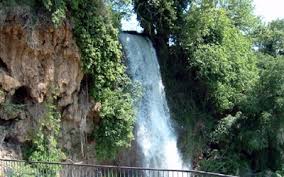 Spotting fantastic subjects in this beautiful city is really so... easy! 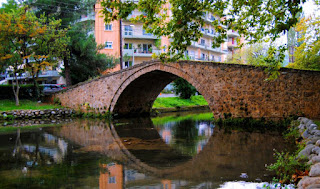 The old city is full of small roads and old houses that will inspire everyone!!! 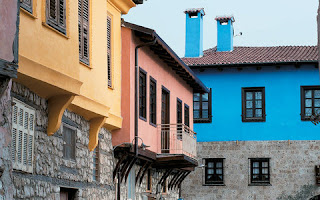 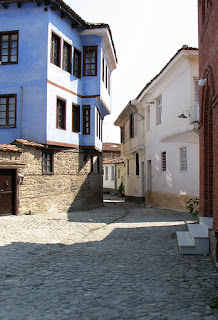 Visit to Pozar waterfalls, a beautiful park in autumn colors!!! 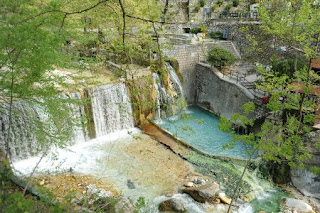 The nature combines mountains, waterfalls, wood, old buildings... Just name it. What would attract you? It is there... 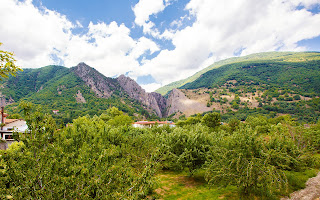 Pella - Archaeological Site
Guided visit to the Museum and the Palace.
Learn about the history of this famous Greek Palace. Learn about the places where Philip II and Alexander the Great lived!!! 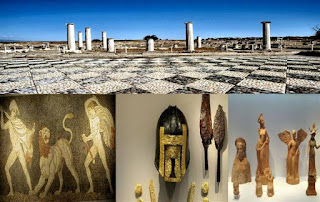 Pella - the Palace of the Macedonian dynasty 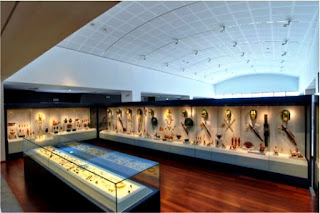 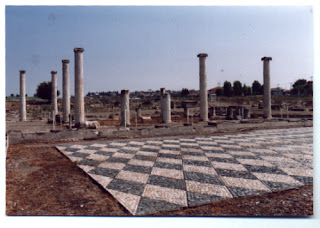 At the steps of Alexander the Great!!!

Many thanks to L' Art de l' Aquarelle and Watercolor magazine for presenting an article on WI III. 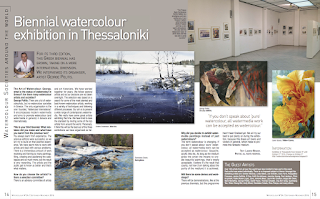 Thanks to Kulturosupa for presenting an article on our exhibition 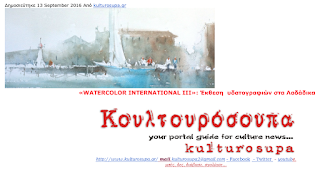 Article in OraThessaloniki on the Exhibition WI III 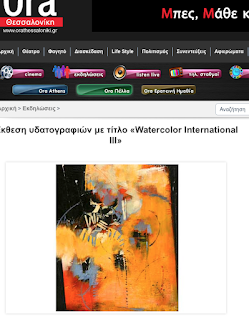 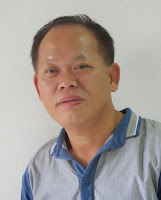 Born in 1963 in the Malaysian state of Kedah, Jayson Yeoh is a self-taught watercolor artist. His passion and love for art started at young age. His artistic and self-exploration journey was bittersweet and full of ups and downs. However, his persistency and perseverance brought him to what and who he is currently.

Reminiscing the past, he was once in a dilemma of choosing his own life career – to be an art educator or an artist. After due diligence and consideration, he decided to choose the former due to life’s demands and expectations.

Therefore, YS Art Centre was formally established by him in 1991. Being in the industry for two decades, he had received the Outstanding Teacher Award from the Education Bureau of Shanghai , Hangzhou and Beijing, China and many other institutions for his excellence in teaching art.

Although he had been active in the art education industry for many years, his enthusiasm and passion for artistic endeavours were still burning in his heart. In recent years, he gradually eased himself from the hectic schedule of teaching and took time out to paint or do outdoor landscaping and sharpen his skills. Shifting from being an educator to an artist, he still felt that being an artist or painter is still his forte. Besides that, he also enjoys travelling and painting as such activities allow him to understand better the culture and customs of the locals.

His artworks have been selected for numerous exhibitions and competitions in both local and international juried exhibitions. In 1994, he won the Honorable Mention Award in the National Youth Open Watercolour Competition organised by the Malaysia Teo Chew Association. In 2006, his work was selected for the National ‘Enchanting Colourful’ Watercolor Open.  His artwork ‘Serenity’ won him the Second Place Founders Award in the 2013 International Watermedia ‘Legacy’ Exhibition in The Pikes Peak Watercolor Society, USA. Among his best achievements include ‘The Wittnauer Watch Award’ -87th Annual Open Juried Exhibition by The Canadian Society of Painters in Watercolor 2012 and the ‘Award of Distinction’ by the Missouri International Annual Open Juried Exhibition 2013.

In 2014, another of his artworks won the Artist Merit Award at the International Annual Open Exhibition by the Missouri Watercolor Society, USA and he has recently been awarded with the Signature Status by the MOWS.

He is currently a member of the Contemporary Malaysian Watercolorists Association (CMWA) , Singapore Watercolour Society (SWS) and the Penang Watercolour Society (PWCS)
Jayson Yeoh has actively participated in numerous exhibitions all over the world. He was one of invited guest of honor in ‘The 3rd GNWP China , Shanghai Exhibition’ , ‘The World Watermedia Exposition’ ,Thailand 2014,The 1st International Watercolor Exhibition-IWS Vietnam  2015,The World Watercolor Triennale-Korea Watercolor Association 2015,70th Anniversary of The Basque Watercolour Association Exhibition (BWA) : 21st Century Watercolour, a vision of future, Bilbao, Spain 2015,  Homer Lover and Peace through Art Watercolour festival & Contest, Municipality of  Bornova, Turkey2015, The Incheon Global Cities Art Exhibition , Incheon International  Watercolour Association , Korea 2015 and  Master of Watercolor,Saint Petersburg 2015.
His works are in the collections of Citi Bank Kuala Lumpur, Mr. Roland Folger (President & CEO of Mercedes- Benz) and Mr.Lim It Leang (The Art  Brush Studio-Langkawi).
Despite his list of achievements, he never rests on his laurels and constantly strives to pursue greater heights and achievements in the art of watercolour painting. 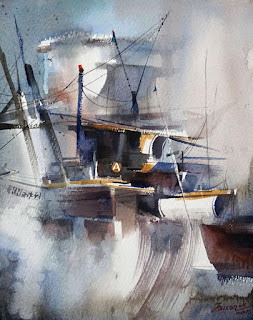